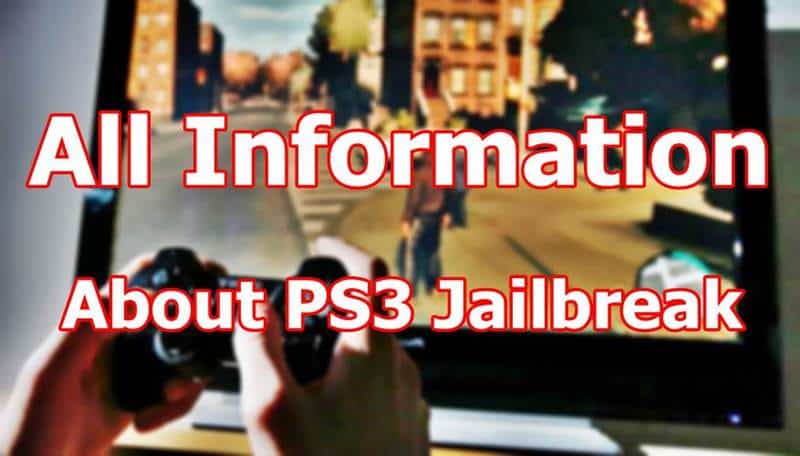 PS3 Jailbreak was the 1st Universal Serial Bus chipset that allows unauthorized code execution, like – homebrew, on the PS3. PlayStation 3 Jailbreak bypasses a system security check using a memory exploit. Which occurs with pen-drive devices that allow the execution of unsigned code. One of the most popular pieces of homebrew system software used with the device is Backup Manager. That allows users to copy game installments from the optical media to the hard disk drive of the PS3. The Backup Manager can also be used to run homebrew system applications. That are created to run in the platform’s native mode.

Multiple devices to perform code execution exist, like – the open sourced versions (e.g.  PSfreedom, PSgroove). Most of these only work on PS3 system software v4.82, v3.41 or lower as PS3 System Software v4.82 patches the modchip exploit on the console. The creators of PlayStation 3 Jailbreak also launched PS3Downgrade which enables downgrading of PS3 System Software to v3.41 (Or lower) from v3.42, v3.50, v3.55 and v4.82 (4.83 Jailbreak is not available). In August 2011, information about hardware that was downgrading PS3 on system software v3.70 was being launched. These hardware mods were Nand/Nor chip flashers that would either be soldered or clipped onto the PS3 console chips on Nand/Nor chip located on the PlayStation 3 console’s motherboard. It would then flash the memory of the chip and backup the PS3 firmware hence downgrading the console. When the hard-drive was formatted and these flashers still work on the latest version system software and can be purchased online.

In October 2012, a hacker’s team known as TTM (The Three Musketeers) launched the Level 0 keys for the PS3 gaming console. These were the same keys that would have allowed a Chinese hacker’s team known as “Blue-Disk” to launch a purchasable custom firmware (CFW) for 4.21 and above. Shortly after, a well-known PS3 developer, “Rogero”, launched his free of charge 4.21 CFW. There are now different developers launching custom firmware for the new versions of PS3’s firmware. These custom firmware render the PS3 Jailbreak obsolete. They cannot, however, be installed unless the PS3 is on system software version 3.55 or below.

In June 2013, the 3.60+ loader keys were launched to the public by a group called “The Great Unicorns”. On the same day, harddrive encryption for PHAT consoles was published by a developer known as “flatz”. Following this, the Lv1ldr crypto keys were published for 4.21-4.46.

What is PS3 Jailbreak And Its Benefits PlayStation 3 Jailbreak is an alternative term that is used in place of the word “hack”. This is a made up word created from an infamous hacker. Who goes by “geohot” and he was known for being the 1st to unlock the iPhone and the 1st to successfully jailbreak the PS3 System. A jailbroken PS3 essentially means that you are on Custom Firm Ware (CFW). PS3 system upgrades are called OFW in the hacker language. Which stands for official firmware, CFW is a modified version of official firmware. That allows user to go beyond restrictions and do things that are listed in “Benefits of Jailbreaking” above. In simple language, CFW is the key to unlocking great things and new features. Now users may be asking: “how to jailbreak my ps3?” Before answering that, it is most important to tell you a quick history lesson. So that users can catch up with today’s PlayStation3 hackers.

The PlayStation 3 was 1st jailbroken from the discovery of an exploit. Jailbreaking your PS3 console at the time was the easiest thing (4.83 version jailbreak is not available) to do thanks to the simplistic method the developers team created. Which was by simply putting a CFW on a Pen-drive and installing it on your PS3 console. Sadly enough, this “exploit” was patched from company’s OFW 3.56 and you could no longer jailbreak your PlayStation 3 system unless you had a version of 3.56 or earlier.

A long time has passed since and finally there was a new method to jailbreak your PS3 System. But didn’t really appeal to the average person. This method known as for using a modchip, called the ‘E3 Flasher’. This method allowed you to downgrade your PS3 system back to version 3.55. Unfortunately, there are some PlayStation’s that still cannot be jailbroken through this method. Because there are some requirements hardware-wise.

Requirements for Jailbreak Your PlayStation 3 System To check to see if you are eligible for this service, check the back of your PS3 console. Right side of the HDMI port, where there is a barcode. You will see a model number of your ps3 beginning with “CECH”. This is what will indicate if your PlayStation 33 has the potential to be jailbroken. Below is a list of all eligible PS3 models. Check yours model number and match with this list, if yours appears on the list, then you are in luck!

*The x’s stand for any number/letter.

these models are not able to be jailbroken.

How to Jailbreak PS3 System

How to get PS3 Jailbreak Games in ISO and PKG format