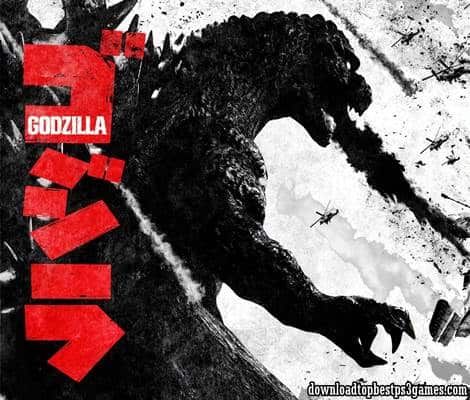 Hello friends, in this article, I am gonna show you how to Godzilla PS3 Download full game with all DLC and Updates. Godzilla PS3 iso is an Action-adventure and fighting game. This game has been released for ps3 in full ISO and PKG format. The game is released by Bandai Namco and developed by Natsume. Basically, the game is based on the Monster “Godzilla” (Japanese monster). Godzilla is a 1st game is this series and published in December 2014.

Godzilla PS3 ISO game is a really nice game. Many modes are available in this game, like – Destruction mode, King of the Monsters mode, Evolution mode and Diorama mode. In Destruction mode, the player can control character Godzilla, as he attacks certain stages. This game is similar to Godzilla Generations. When the stage is clear, the character must destroy all of the Energy Generators in the game area. Some of these levels are timed. The character must destroy all of the Energy Generators before the timer expires. As Monster Godzilla destroys items and objects, like – Energy Generators, houses, and military cars and tanks, he will grow in size.

2nd mode is King of the Monsters mode. In this mode, the user plays through 6 levels, all with a different monster to battle. The monsters will grow in strength the further the player’s achievements and progresses. The weaker monsters Mothra and Jet Jaguar will appear in the 1st two waves. The little harder monsters will appear in 3rd and 4th waves and the most powerful monsters King Ghidorah, Kiryu, and Gigan in the last two levels.

The Pkg (USA) does need a rap file. PS3Hen enabled Superslim asks for a license. Cant play without a .rap file.

When playing, sometimes 30 mins or sometimes 5 mins, it crashes.
Do you know the reason?